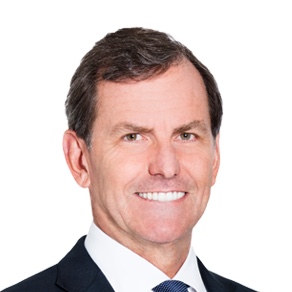 Founded in London in 1848 and based in the UK, Prudential provides long-term savings and protection products, retirement income solutions and asset management through its businesses – Prudential Corporation Asia and Eastspring Investments in Asia, Jackson National Life Insurance in the US, and Prudential Africa.

Since becoming Group Chief Executive, Mike has overseen continued growth across Prudential’s key metrics, with the Group delivering record IFRS operating profit of over £4.8 billion in 2018, and its assets under management reaching £657 billion.i

Mike joined Jackson, Prudential’s North American unit, in 1995, and became Jackson’s Chief Operating Officer and Vice-Chairman in 2003. In 2011 he was appointed President and CEO of Jackson and joined the board of Prudential. He has more than three decades’ experience in insurance and retirement services, having started his career at the US brokerage house Dean Witter before becoming a managing director at Smith Barney Shearson.

Mike was born in Ontario, Canada, and earned a Bachelor of Sciences in Economics from San Diego State University.

i These figures include M&G plc, which is expected to be demerged from the Group in October 2019.