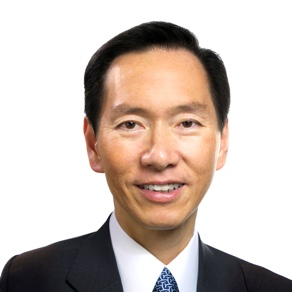 A graduate of Pomona College in California, he is the President of Asia Financial Holdings and Asia Insurance. He is Chairman of the Hong Kong – Thailand Business Council and an advisor to Bangkok Bank (China) Co. Ltd. He sits on the boards of several local and overseas companies in financial services and is a director of Bumrungrad Hospital Public Company in Thailand. He is also a director of the Alibaba Entrepreneurs Fund in Hong Kong.

He was appointed a Justice of the Peace in 2002, and a Commander (3rd Class) of the Most Noble Order of the Crown of Thailand in 2004. In 2006, he was awarded the Gold Bauhinia Star by the Hong Kong SAR Government. He has been conferred honorary degrees from Lingnan University, City University of Hong Kong, the Open University of Hong Kong and Savannah College of Art and Design.